In Memory of Catherine Clarke Coiner 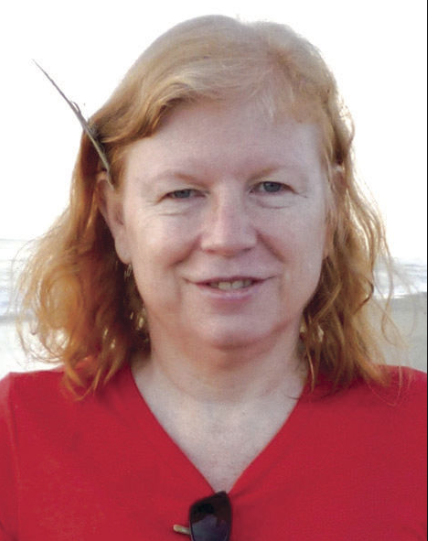 On Wednesday, November 15, 2017, we dedicated our salon to the memory of Catherine Clarke Coiner, a writerhouse member and founder who died after a brief illness in July. Catherine  was an avid, quirky writer with a passion for the arts. She helped lay the groundwork for our organization, researching facilities and serving as both our librarian and board secretary. She was also a student in our Novel in a Year class and continued to work on her project until her untimely death.

Her deepest wish was to have her work published. In honor of Catherine’s tireless efforts to help create this organization and the quality of her work,  we are publishing three of her pieces on the WriterHouse website.  We hope you enjoy them.

Catherine Clarke Coiner’s Bio: Catherine Coiner, as a child, dreamed of becoming a beautiful princess and a book writer. Nowadays, she occupies herself as a full-time electronic editor, part-time student, a Writer House board member, and a dedicated 8-hour-per-night-sleeper. And she’s still searching for the perfect writing tiara.

The mother of the groom takes her hand from its resting place on the groom’s shoulder, smooths down the shiny skirt and tugs up the ruffled neckline of her too-tight green satin dress, and reaches forward to give the bride a brief hug, one-armed but affectionate.

The father of the groom, his starched shirt escaping from his tuxedo pants, shakes the groom’s hand, while flashing his still-intact broad smile at the bride. The parents of the groom move toward the parents of the bride, who glance over at their approach, look quickly away and grimace slightly at each other, then gamely introduce them to their friends.

The groom slides his hand lightly down the bride’s back, nuzzles her neck for a moment, and then rejoins his friends at the beer-bottle-cluttered corner table.

The bride, in her elaborate white dress and veil, stands alone in the middle of the room, smiling shyly at the photographer, who is no longer looking.

To the Manager of the Loew’s Grand Theatre

I am writing in protest of the premiere of the picture “Gone with the Wind” in your theatre later this month. In 1937, I wrote to Mr. David O. Selznick, of Selznick International Pictures, requesting that the character of “Bonnie Blue Butler” be rewritten. I received in return a small note, (typewritten by his secretary) informing me that the picture would remain true to the novel wherever possible. Although a Hollywood producer cannot be expected to care about my cause, I am hoping that you, as a businessman of Atlanta, will understand.

The character of “Bonnie. Blue. Butler.” is clearly a representation of my mother, Georgia (Bullock) Williams, who is alive and well and recently celebrated her 70th birthday. She is an accomplished horsewoman and has many ribbons and trophies displayed in her home. Among these is a first-place award for best rider in the 1883 Peach Blossom Dressage Championship. Second place was awarded to Miss Maybelle Stephens, now the mother of Miss Margaret Mitchell.

Although I was distressed to read a fictionalized account of the slightly scandalous lives of my grandparents, Robert, and Pansy (Ruger-Jenkins-Johnson)-Bullock, I was outraged at the depiction of my mother. She is lively, delightful, and gorgeous, and, yes, perhaps a bit spoiled, ruthless, and tough, but she most certainly did not die in 1874 falling off her horse.

You can imagine my mother’s mortification at being portrayed so. To my knowledge? she has never even fallen from a horse. This depiction is apparently meant to “avenge” Miss Mitchell’s mother, who has always been jealous of my mother’s success.

With these facts in hand, I am sure that you will honor my request to cancel the premiere of “Gone with the Wind” at the Loew’s Grand Theatre.

I’m already running late and Joey hasn’t gotten under the hood of my car yet and I’m sure it’s not gonna start in this cold and he’s already left for his early shift but I turn the ignition and pump the gas and work it and work it and finally the engine catches and I’m on my way, rolling through all the stop signs, barely touching the brakes, chanting “don’t stall, don’t stall” to keep it moving.

I pull in behind the bakery and Mr. Weiss’s Cadillac is in its parking space. I can only pray that he hasn’t made the deposit. Last time I was late he told me one more time and I’d be looking for another job. I wish he’d let me wait around for him to finish so I could drop off the bag on the way home, but he says it’s not safe to go to the night deposit after dark. I think the real reason is, he stays late to entertain one of the girls from the nail salon but I don’t call him on it because I need the job.

I leave the car running and run to unlock the back door and soak in the warmth from the big ovens. I look around for the baker but I don’t see him and he’s always in here when I come in. I hope to god Mr. Weiss doesn’t have him in the office getting ready to take the deposit.

“I’m here, I’m ready to go to the bank,” I call out as I head for the office. The door is open and Mr. Weiss is just sitting behind his desk, staring at me. When I get to the doorway, a man wearing an Alice Cooper mask grabs my arm and pulls me inside. He has a gun. As he pushes me against the wall, I look over and see a man wearing a werewolf mask pointing a gun at the baker. Mr. Weiss is sitting behind his desk, but now he’s staring at Alice Cooper’s gun, which is pointed at him.

“Just hand over the money. We know you’ve got it,” Alice Cooper says.

He doesn’t sound at all like Alice Cooper. His voice is kind of muffled.

We’re being robbed? For bakery money? The deposit is probably thirteen hundred dollars tops, and most of that is checks. It’s so stupid that I’m almost not scared. But the werewolf keeps looking at me and I’m getting more and more nervous so I’m relieved to see Mr. Weiss unlock the bank bag and pull out the cash. Alice Cooper and the werewolf will leave and we can lock the doors and call the police. My car is still running but they’re welcome to steal that too, as far as I’m concerned.

Alice Cooper snatches the money out of Mr. Weiss’s hand and starts for the door, and that’s when the baker grabs the werewolf’s arm. The baker is a pretty big guy, and they’re sort of wrestling, and Alice Cooper is back in the room and jamming the gun against my side and he and I are both yelling for the baker to just quit.

But the baker is a stubborn bastard and he manages to knock the gun to the floor.

He gets the werewolf pinned against the wall. He pulls the mask off.

The werewolf is Joey. My Joey. My first thought is that it’s a Joey mask, but that can’t be, and he looks so sad and then I feel something cold and hard against my temple and then I hear the loudest sound in the world inside my head and then there is nothing.