Instructor Spotlight with John Most 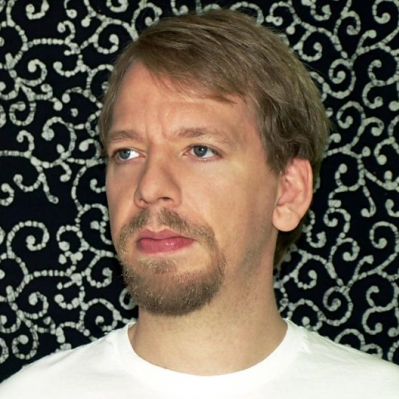 John Most is an accomplished poet with a Ph.D in Media Philosophy. His work has appeared in Jacket, Lungfull!, The Continental Review, Coconut, and Big Bridge. He is the author of Persephone, Atelier, and Field. This fall John will teach the Advanced Poetry Workshop.

John believes in writing fearlessly and the importance of not just reading but conversing with what others have written. In his course, students will think about how and why they are writing. They will push each other into new ways of writing.

When asked how his studies in media philosophy have impacted his writing, John had this to say: My work in media studies have shown me “how poetry is everywhere and nowhere, how it’s everything and nothing, how it’s also every point in between and how it’s in every last bit of the unknown. How I can use my mind to turn anything into a poem: a sound, an object, a piece of paper, a video, a moment, a silence, a dream, anything.”

But, he mentioned a few influential metaphors. “Metaphors are clouds, so I don’t view them hierarchically. I can’t rank them according to interest, but I can list a few clouds that have informed my poems. Wittgentstein’s ladder for example. Dickinson’s metaphors have definitely stayed with me, because they were the first I seriously considered as a kid.”

STARGAZING ON FIRE MOUNTAIN
by John Most

let’s forget the weakness
of our nature its inherent ache–

if perfection is absurd, why
is tragedy common?

The best piece of writing advice John’s ever received? “You must converse with what others have written. It’s not enough to simply read.”

His advice for authors: “Use what you have. Fearlessly and uncompromisingly.”