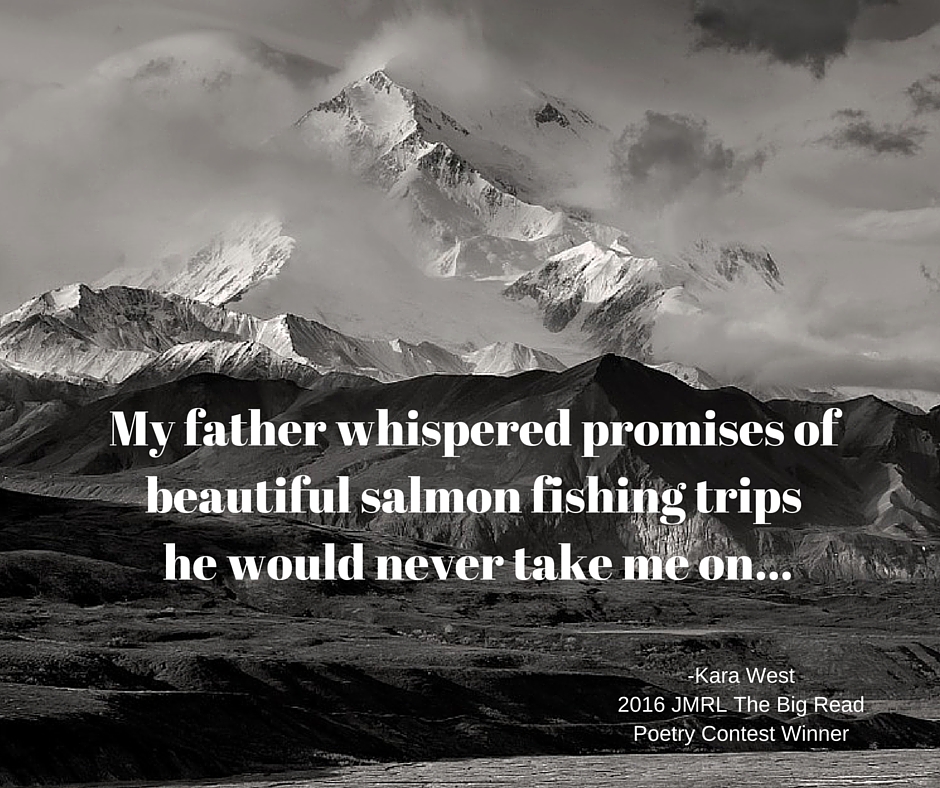 My mother says minutes
after I was born, while the doctor was stitching
between her legs, he and my father talked
of salmon fishing. How in Alaska,
there’s nothing better. How, if you find a sweet spot,
you can stand and hook them all day. You can
cook one while catching another
and eat it when you need a break.
And how plump and pink and tender.
At four in the morning, my mother was too tired to raise
a fuss, much less her voice. She lay and dozed
to the soft, slightly sticky sound of white nurses’ shoes,
which she mistook in her dreams for the sucking
of her new babe already at its source,
plump and pink and tender.
When I did come to her, I was not pink,
but yellow. Jaundiced and not plump,
but stringy, long, with two mottled, blinking black spots.
“She’s a bananafish,” my mother cried, bursting into tears.
My father whispered promises of beautiful
salmon fishing trips he would never take me on
into my new ears.
Kara West 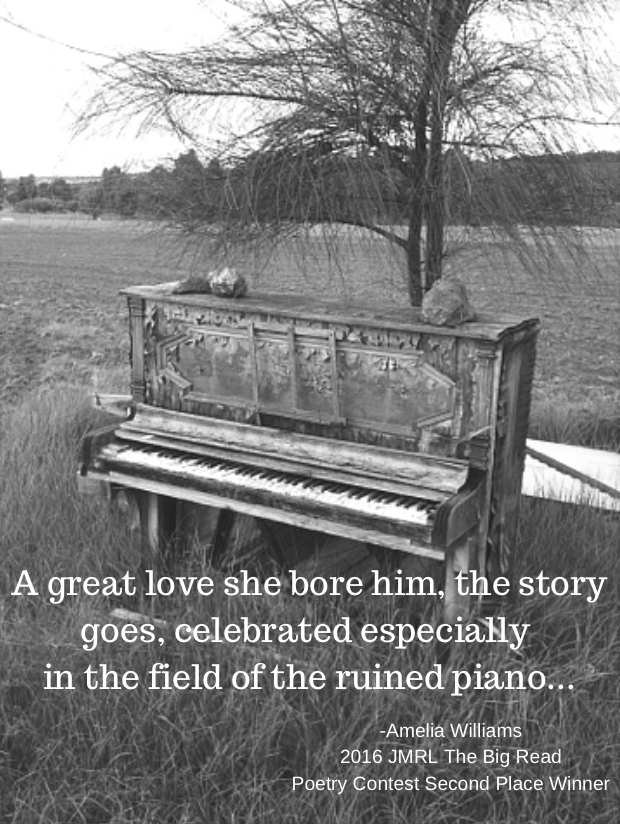 In the Field of the Ruined Piano

“It’s me or that piano.” Their covered wagon groans to a halt
in a lush Appalachian meadow beside the buffalo trace
that widens up to the Cumberland Gap. Callous & loud,

no tenderness for what she loves: her rosewood Chickering Grand–
all that’s left since typhoid took her family; she wed in fear
of spinsterhood & hunger, wears regret like a muslin duster.

His gray wolfhound cowers whenever he speaks. “Unload it,”
she says, voice shaky, but brow determined, my foremother
Henrietta Schwab Funk, adding in imperious German,

“Now you may leave. I am staying to await the next wagon.”
Her ochre-tinged cameo, in my red lacquer jewelry box
came with the gift of her story: she played for no one, only

meadow rue & crown vetch, a mournful Nocturne, whose opening
notes fluttered like a mourning dove. All day long, German dances;
that night she sheltered under the piano in her boiled wool cloak.

Near dusk, the squeak of wheels. Tomas Guillaume, Acadian
fur trader, in an un-sprung cart, heading for La Louisiane.
Language no use to them, but his voice was kind, his tone amused.

No room for a piano. His gestures said he’d buy her one
some day. They shared bread & jerky, were wed with smiles & glances;
en route to the delta they traded words like pearls: faucon, falke.

A great love she bore him, the story goes, celebrated
especially in the field of the ruined piano; they’d return
in spring after selling the pelts. Soundboard cracked, keys warped,