Lisa Jakub: Excerpt from You Look Like That Girl: 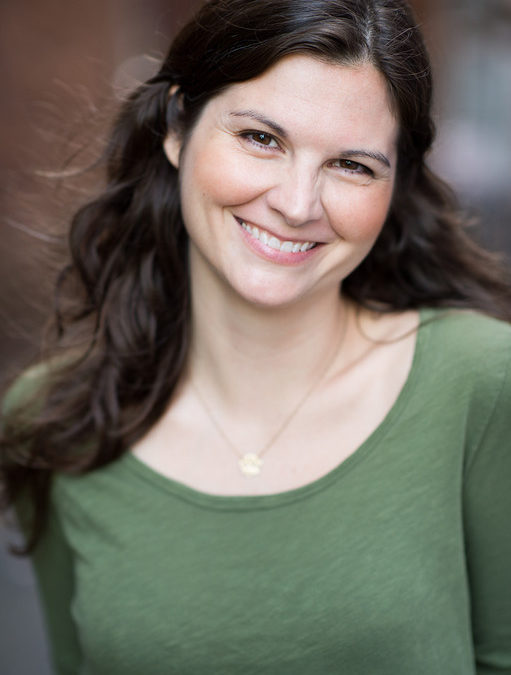 In her current life, Lisa Jakub is a writer, speaker, writing teacher, traveler, devoted yogi and wife. She also makes a really good spinach gnocchi. In a former life, she was a child actor who starred in blockbusters like Mrs. Doubtfire and Independence Day. Lisa will teach Embrace Your Weird: Dealing with Your Inner Critic and Unleashing Your Authentic Creativity on Saturday March 4, 2017. This is an excerpt from her forthcoming book You Look Like That Girl.

Being a seven-year-old actor does not make you popular; it makes you fascinating, much in the way that dissecting a frog is fascinating. It’s an interest tinged with a feeling of uneasy tension. It’s a look-but-don’t-get-too-close kind of curiosity. It was a lot for potential friends in my Grade 3 class to wrap their minds around. There I was, sitting next to them during art period, dipping pipe cleaners in Elmer’s glue, when just that morning while they were eating breakfast, I had been singing the praises of Cottonelle toilette paper through their TV. It might have been normal for me, but they found it rather disconcerting.

Mikki was the perfect confidant. She would set her thoughtful, chocolate-milk-colored eyes on me and suddenly the weird, sideways glances and confused whispers would fade into the background. Mikki was four years older than me but our age difference never seemed to pose a problem. She had a dirty grey muzzle and long fur that poked out from between her toes. Her tail was always matted with a collection of dirt, leaves, and the occasional dead ladybug. She was arthritic and deaf. A thyroid condition made her rather obese and she possessed very little control over her bodily functions. While my dog was indeed my best friend, it would be untruthful of me to omit the fact that she had very little human competition.

That Saturday afternoon, they came on bikes. Five of them. One I knew; Karen. She was cute, tall, blonde, and the earliest known representation of everything I found intimidating about women later in life. The other four kids I had seen around. They were Older Boys. They were nine-year-olds, and anyone nearing double digits was, of course, automatically and rightfully awarded a daunting level of prestige.

From the dining room window, I could see them coming. Karen’s pink streamers were waving from her handlebars, trumpeting the gang’s arrival. It was both thrilling and horrifying to realize that they must have been coming to my house to play; no other kids lived on my block. Clearly, they wanted to ride bikes with me. I had a bike, but riding it had proven challenging. My mother had kindly blamed my compete lack of balance and coordination on an ear surgery I had undergone half my life earlier, but since I still can’t ride well, the blame likely lays with a general lack of physical grace.

Since there was little chance of becoming proficient on a bike by the time the posse reached my front door, I required an alternate strategy. I gabbed my skateboard from the hall closet. This had become my way of seeming beyond the bike. I was cooler than the bikers. I rocked a board. My skateboard deck was laminated with tie-dye blue and green swirls and had a glow-in-the-dark sticker on the underbelly that said “SLIMEBALL” in all capital letters. I never really understood the purpose of such a sticker but it came with the board and it made me feel tough. Nobody had a bike with a mean word on it.

The plan was in place. When they asked me to ride bikes, I would take a cool moment to consider their offer and then off-handedly say the line, “I’d rather skate,” while flashing my edgy sticker. They would be suitably impressed with my independent, bad-ass choice and we would ride of into the sunset on our respective modes of transportation.

BANG. BANG. BANG. They were here. Karen and the Older Boys had come for me. Trembling a little with nervousness and excitement, I adjusted my board just so, attempting to make it look casual in my arms, the mean sticker facing out.

When I opened the door, there they were, fanned out on my front step. The boys seemed to be mostly inspecting their shoelaces, but they took quick glances up at me. Karen stood in front of them, flashed a smile and flipped her hair in a way that made her suddenly look like she was seventeen. Karen pointed to my face as she addressed her gang.

“See, I told you guys the girl from TV lived here.”

The Older Boys took this as their cue to really examine what stood before them. One pushed his glasses up to get the clearest view possible. They squinted in scrutiny, trying to picture it, then nodded in agreement. My face did indeed match the television face. After murmuring to each other, “That’s pretty cool,” they each handed Karen a dollar before they got on the bikes they could all ride proficiently. And they left. Without ever saying a word to me.

They had dissected their subject. They had inspected me and poked around, displaying my most tender guts. When they got their fill of the weirdness they moved on, leaving me splayed out, pinned to a board, and rejected. I told Mikki that Karen was a SLIMEBALL. She agreed by peeing on the carpet.