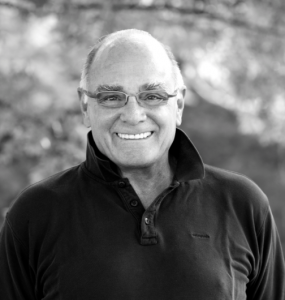 Tony Vanderwarker was raised in New England, went to Phillips Andover and Yale, served in the Peace Corps and graduated from NYU with a B.S. in Cinema. Worked in the film business in New York and made a full-length feature film. Then he went into advertising in Chicago. He cut his teeth on McDonalds (twoallbeefpattiesspecialsauce, Big Mac Attack) then moved to New York as Creative Director. When the agency merged, he moved back to Chicago and founded his own shop where he did Be Like Mike with Michael Jordan for Gatorade. He has published three books, Writing With the Master, Sleeping Dogs, and Ads For God.

Stories, like grits, drawl and charm, are part of the South. That’s probably why the South breeds writers like it breeds mosquitoes. So to give you a taste of this place, I’ve got to tell you a couple.

Chita Hall was a neighbor who died a couple years ago. Grew up here, rode horses and foxhunted until she married a stinker named Chet, went through some tough times and life ended up going south on her. Lived just behind our farm on a small plot with a modest house. Crusty and cantankerous, she’d been a sergeant in the Marines during the Second World War. She was well into her eighties when we got to know her.

God needed a stiff drink after he made Chita. This girl had stories. And also a full-fledged zoo, cages with bars, runs, the whole nine yards. Her departed husband, Chita explained, was the kind of man who had to have everything everyone else had and a neighbor kept many unusual animals. So Chet had to have them too: a lion, a bear, a parrot, seven Siamese cats, a raccoon which would hide under the couch and reach out and grab people’s ankles, more dogs than you could count, two llamas and a deer whose mother had been killed.

One day the sheriff came by Chita’s and saw the deer curled up on the living room sofa.

The lion, whose name was Timmy and Betsy, the bear, had been raised from cubs and had full run of the house, including crapping on the carpet. Didn’t phase Chita, as she explained, “It doesn’t matter as long as its an Oriental.”

Chita reminisced about her animals, “I had Betsy nine years. I loved that bear. Once she got loose and went into the dog kennels. She just made herself a door and walked in. Ripped the lights down, tore everything apart but she never touched the dogs. I loved that bear.”

Timmy was a different story. Sort of a trial, he ate them out of house and home. Fed him horsemeat for a while but that got too expensive so they switched to dog food. They took the lion downtown one New Year’s Eve and Timmy got loose and wandered around Charlottesville until they caught him and took him home. “I don’t care what anybody says,” Chita said, “As long as I live I’ll never have another lion.”

There’s a good one about the parrot. As a neighbor, Dot Proffit, remembered, “That parrot talked awful. Dirty, dirty, dirty. And Chet taught it all kinds of nasty tricks. Once a salesman came to the door and knocked. No one was home but the parrot said, “Come on in.”

So the salesman let himself in. The first thing he saw was an enormous Doberman sitting on the front hall rug and then the parrot said, “Sic him, boy, sic him.” The man barely escaped with his life.”

Chita didn’t have an easy upbringing. Her father was a loony tune, did stuff like ride his horse into the house blasting away with his six-shooter. With a friend, he bought a gold mine in Mexico and moved the family down. That’s how Chita got her name, means “little one’ in Spanish. When they found gold, the Mexican government seized the mine. Her father lost over a million bucks and had to go back to farming in Virginia to make a living.

Her mom was an alcoholic. Once they threw a party with seventeen bottles of bourbon and so many people came the front porch caved in.

Chita was one tough cookie but occasionally her softer side did sneak out. She’d been complaining that she didn’t know anyone and never went anywhere. So a childhood friend, Anne Barnes, invited her to a party, saying, “There are a lot of nice young people coming and you’d enjoy them. Come with us and meet them. You’ll have a good time.”

Chita reverted to form in her response, “I’d rather die than come to your party,” she said.

I remember her reflecting on the guys in her life, “Men are a pile of garbage. Chet forged my name and took out a note and spent it and I was in debt $70.000 and had to declare bankruptcy. It took me forever to get my credit back. Whenever I get to where he is, he’s going to be a lot deader than he is now.”