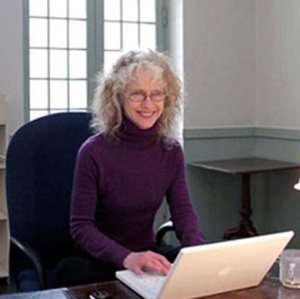 Three weeks ago, as I sail through security at CHO en route to my Montana vacation, this truth presents itself more directly than usual.

I’m a Trusted Traveler, so OK, I swagger as I stride through the scanner. I wear my  shoes, my belt. I’m expedited, y’all!

Moments later, my swagger stops. Why’s my backpack, containing only 1.2 ounce vials of sunscreen, toothpaste, and moisturizer on the screen forever? Minutes march forward. So do fellow passengers, even my husband, (after he put on his shoes and belt.)

A TSA officer motions me to a nearby stainless-steel table. His gloved hands fumble (almost surgically) inside my backpack’s outer pouch, the place where I stash all my writer stuff—pens,  pencils, a sharpener, sticky notes, a journal, jump drives with various versions of novels, stories, photos. Paper clips. Binder clips.

He works his fingers into tiny compartments, intent on his task. Onscreen I see nothing that would interest me, much less the TSA. Soon, he smiles a tight smile. He cuts his eyes at me. “Here they are.”

What, my iPod? No. Gently, he drops things into a round, white plastic bowl: one, two, three, four, and now five bits of brass. A mismatched assortment.

“Oh, those!” My relief lasts half a second before my blood skips around in my veins. My heart races, not because I’m a terrorist, but I might miss my flight. Or be hauled off to jail. (I liked teaching there, but . . .)

I’m getting nervous all over again writing this.

His face is somber. He’d never believe my logical explanation, so I don’t even try.
Truth is surprisingly complicated.

“Can’t we just—throw them away?” I wave my hand over the bowl.

His face changes. The scowl of vigilance and suspicion relaxes. His eyes light up as if he recognizes me now. His voice softens. He says, as though addressing a child. “Let’s just think about that for a minute. Suppose . . .” That sternness is now condescension, and I know he’s thinking: She’s no terrorist—just an idiot.

“Right, right,” I interrupt, the real danger dawning on me. “Of COURSE. What was I THINKING? Can’t you confiscate them?”

He shakes his head, gravely. “The police are the only ones who can take them. Or, you can lock them in your car.”

Home is twenty minutes away. So’s our car. We took a taxi to the airport. Our flight’s boarding now. I muse briefly about calling a taxi to deliver them back home, but no, that’s another stupid idea.

Why oh why is every thought I’m thinking stupid? That’s what always happens to my characters. When you’re in a jam, your thoughts go haywire.

I chew my lip. The TSA guy says, “OK, Ma’am, I’ll call a policeman. That might take a while. Have a seat.” I’ve never actually liked that term “Ma’am.”

Across the room, a ruckus. My husband’s trying to re-enter security, but someone’s  stopping him. He throws me a questioning look. I can’t really call out the news that the TSA discovered ammunition, much less shout explanations, so I half-smile and shrug.

It’s early, maybe too early for the police to be busy with real trouble, because when the officer shows up, he’s  efficient, just like the TSA guy, who’d probably already alerted him to my incredibly dumb blunder.

As Officer Friendly examines each cartridge, probably wondering why they were all different, I blab my explanation. “I’m a writer. This is, uh, research. Sometimes when characters use guns. One of my colleagues . . . gave me these cartridges . . . and. . .” The truth sounds weak. Weaker. Weakest.

Honestly, I’m not even sure exactly what I did say, but the cop smiles and nods, as no doubt they’re taught in law-enforcement school. Beaming, he supplies the happy ending: “Yeah, you’re writing a mystery, and you’ve got a murder weapon, you need to write it so it’s believable.”

He gets it. “I’ve even taught classes, the gun needs to fit the character, like, say you have a character . . .” OK, he doesn’t need this. I bite my tongue. “I forgot these were in my backpack.”

He calls in my driver’s license and discovers it’s clean. He and TSA Guy send me on my way disarmed, carrying everything but my five research samples. (Five dangerous brassbound packages of destruction. That I would have had to hit with a hammer to discharge.)

Probably I’ve given the policeman and the TSO stories of their own. I’ve added one to my fictional arsenal, too. A couple of new characters, setting, dialogue. I’ll flesh out details later. I amuse myself all the way to, and beyond Kalispell, Montana, filling my head with “what ifs.”

Like what if my sometimes mouthy, bearded sons had waltzed through with similar cargo? Or, what if someone who looked different from me made the same innocent mistake? Or what if I’d gone through security at a massive airport like Atlanta or Denver or Chicago or Dulles?

What’s your most recent fictional opportunity?