The Bees Laugh by Phil Jason 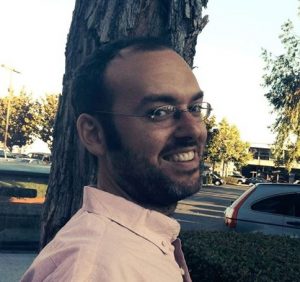 This is an excerpt from the short story The Bees Laugh, originally published in Prairie Schooner.

The bees are transcending. They are leaving their bodies behind in green grassy fields behind my house. Everyone thinks they’ve died, but in actuality, they’re part of the cosmos in a much bigger way. I know this because they told me. They come to us, me and my wife, in our dreams. My wife hates it.
“How do we kill non-corporeal bees?” she asks me over breakfast. It’s been two weeks to the day since the bees showed up. I don’t have an answer for her.
“Non-corporeal,” she says. “It means you can think about something but can’t touch it. I looked it up.”
“I know what it means.”
“Don’t get snappy with me.”
“I’m not getting snappy. I just don’t understand what the big deal is about the bees.”
“They’re getting inside our heads. You want bees in your head?”
“I don’t know.”
“You’re a kook. I married a kook.” She throws a cold chunk of potato at my face.
The truth is, I like my dreams better since the bees showed up. I dream of massive cities, filled with people who don’t notice me. I have always dreamt of these cities, but the bees keep me company now. The people don’t notice them either.
“Why doesn’t it bother you?” I asked them the other night.
“Because we know the truth,” they replied.
“Which is what?”
“We aren’t really here.”

My wife has called an exterminator. He shows up in a small white van covered in cartoon spiders. We take him out to the grassy fields.
“These bees are dead,” he says.
“Actually,” I say, “they’ve transcended.”
Marlene gives me a dirty look.
“We know they’re dead,” she says to the exterminator. “The problem is they’re haunting us.”
The exterminator looks at my wife, then he looks at me. He starts to laugh.
“Did Bobby put you up to this?”
“Whose Bobby?” says Marlene.
The exterminator stops laughing.
“You folks are serious? You called me here ‘cause you think bees are haunting you?”
“Yes, we’re serious,” my wife says. “They’re trying to take over our dreams.”
The exterminator looks away from her, at the fields, at the thousands of tiny bee bodies. I have stood where he is standing now a number of times in the past weeks, trying to understand why the bees don’t look dead the way dead people look dead. I can tell the difference between a dead person and a sleeping person, but not so much with the bees. I wonder if it’s because I’ve never seen a sleeping bee or because I don’t know what a bee soul looks like.
The exterminator suddenly sticks out his hand and points at something.
“That one just moved,” he says. He takes a few steps towards it, treading on some of the carcasses. The crunching sounds make me sad.
“It didn’t move,” I say, hoping to put a stop to his investigation before he causes any more harm. He takes a few more crunchy steps and kneels to the earth. He stares at the dead bee and scratches his head.
“I don’t know what to tell you,” he says, standing up. Several bee carcasses fall from his pants. “The bees are dead. If they weren’t, I’d be happy to kill them for you.”
My wife looks at me scornfully.
“Can’t you spray something?” she says to the exterminator.
“Like what?”
“I don’t know. Holy water or garlic or something?”
“You’re thinking of vampires,” I say.
Another dirty look. Then she pleads.
“I can’t believe we are the first people to be haunted by bees.”
“Visited,” I say. “They’re visiting.”

I ask the bees about their souls.
“Can you describe them to me?” I say. We are walking through the city sewers. The smell is terrible, but the bees wanted to come down here, so I’m toughing it out.
The bees laugh.
“We really love your sense of humor,” they say.
“But I wasn’t joking.”
“Can you describe your soul to us?”
I look down at my feet, at my reflection in the surface of the muck-filled sewer waters. I try to imagine what I’ll look like when I’m dead, so I can extrapolate what’s missing and define it for the bees, but I can’t imagine being dead. I try harder. I picture myself in a coffin, but I’m not dead. I’m just lying in a coffin with my eyes closed.