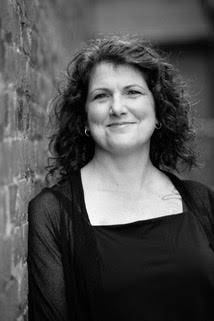 Sara Read writes contemporary fiction that aims for both the heart and the mind. Her debut novel, Johanna Porter Is Not Sorry, comes out March 7, 2023, on Graydon House Books (HarperCollins/HQN). Sara’s short stories have been featured in The Missouri Review, Beloit Fiction Journal, and Zone 3 Press, and she has been nominated for a Pushcart Prize. She is represented by Laura Bradford of Bradford Literary Agency.

Before she started writing fiction, Sara got a degree in Women’s Studies from U.C. Santa Cruz. She tried the nine-to-five life for about a nanosecond before moving to rural Virginia to become a flute-maker’s apprentice and traditional fiddle player. Some years and two babies later, she returned to school for a master’s in nursing. A cancer survivor herself, she now has the distinct privilege of caring for cancer patients.

Sara lives in Charlottesville, Virginia, with her husband, two teens, a terrier, and three snarky cats. She loves a long run, a long road trip, and a long talk with a friend.​

WHAT WRITERHOUSE STUDENTS ARE SAYING ABOUT SARA

Sara is a new instructor. Check back to see what his students have to say.